Our Club
In 1998, we originally opened our doors and began serving community youth. Today, we've expanded our reach to serve more than 12,000 youth annually in nine locations with a variety of programs year-round.

The Boys & Girls Clubs of the Fox Valley is governed by a Board of Directors, which is led by Board President Tim Kippenhan. Day to day operations and management are led by Chief Executive Officer Greg Lemke-Rochon.

The initiative of the Arts Advocacy program is to form relationships amongst the community to develop an understanding of how the arts can be of benefit or asset to the Fox Cities community with the help of Lawrence University. Our goal is to form partnerships that will help enrich the lives of the people around us and be of support. Arts advocacy also aims to be a liaison between Lawrentians and various organizations in the Appleton community devoted to the arts. The hope is to form better connections between the needs of the organizations and the interests of Lawrence students to help create a diverse community that acknowledges the gifts of every individual.

Lexie Livingood posted on December 9, 2020
Admin
Hey Everyone! My name is Lexie, and I'm the Arts Advocacy coordinator at the LU CCE this year. Unfortunately we do not have a ton of volunteer opportunities right now due to covid, but watch out for new opportunities that will be available winter term! If you would like to get involved, please feel free to contact me, and don't forget to add your volunteer hours by clicking on the green "add impact" button so we can keep track of all the amazing work you are doing!
Add a comment
19952
Add Impact
Submit Opportunity
Lexie Livingood
Lexie Livingood
Administrator
Contact 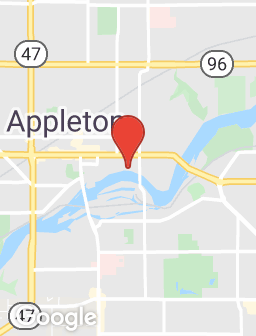