The three hours went by in a flash because I was lucky enough to be paired with a really funny guy, all we really had to do was pass out boxes of food for other volunteers to sort but we talked about his past and all the cities he has lived in and all the jobs he has worked at, super interesting guy which just shows another reason to volunteer. It's not only the work you do but the people you meet.

I took the sorted food donations and placed them into categorized boxes weighing about 30 pounds each, the boxes I then wrapped stacks of the boxes and put them into the warehouse to be made ready to be distributed into the community.

I enjoyed working as a unit with other people from the Austin community. Felt great to know that I could help out my community in this holiday season by sorting donations.

Great experience and it felt really good to contribute a little of my time to help out. 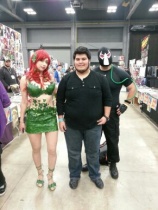 Helped , sort frozen food form food bank, its a great environment and its for a noble cause.

This week was sorting frozen foods. Even though I was sick, I still manage to handle the chilliness of the food I was insepcting 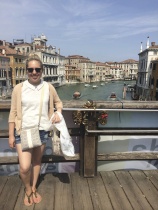 I had a great time volunteering. I helped inspecting dry and canned foods and cleaning them before they were put in crates to be shipped. The volunteers there were very friendly and every one was thrilled to help the community. It was really fun volunteering here by sorting cans and other food products for the ones in need and it was easy and the 3 hours passed fast. I went to the food bank and helped moved the boxes that were filled with food. I had to wrap around the boxes and move them to the designated area. Also had to sort out the food by the labels that they had. 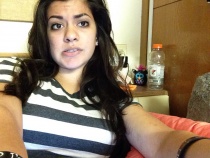 Broke down cardboard from donations